July 3 Day 33
Kirks ville, MO to Quincy, IL
Mileage: 87.2
Weather:Heavy rain in the AM with plenty of wind

We awoke to very heavy rain but no lightning or thunder. The weather gods have been good to us for 32 days so we guess we can give them a break for one day. 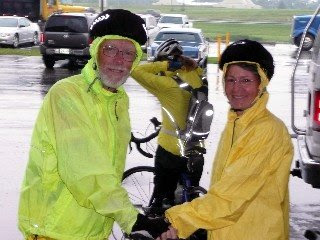 As you can see, we did our best to insulate ourselves from their ravages. We rolled into the rain about 7:00 am and within no time at all, the the hills of MO made their presence felt. Since everything we had was in John's bike bag, including the camera, we didn't get a lot of pictures for the first couple of hours.

It's interesting that the manufacturers of rain gear suggest that it is breathable. Well, John doesn't mean to disagree but he was as wet inside his rain shirt from sweat as he would have been if he had gone without rain protection. 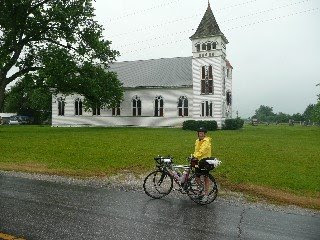 At one point along the way, we saw a quaint church and Amy said a short prayer to the weather gods and lo and behold, it worked. We think, however, that her prayer only involved rain since as it quit the wind increased, directly in our faces. The hills continued.

As we rolled closer to the Mississippi, we began to recognize that flooding is a recurrent problem. In Buffalo, we test the amount of rain by inches. 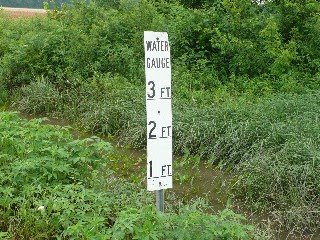 Around here, they have rain gauges along the side of the road measuring feet.

Because of all the flooding, it was impossible for us to cross the Mississippi by ferry as originally planned. Rather, the staff scouted out a new route which got us close to the only bridge that was opened for miles in either direction. It has no shoulder or any available way to get bicycles across. As a result, we went across the Mississippi in the SAG wagon. 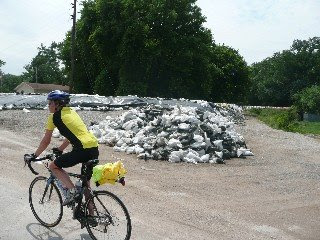 Prior to crossing, we saw substantial sandbagging as evidence of the recent flooding. 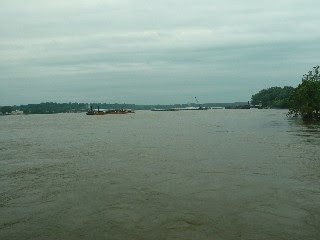 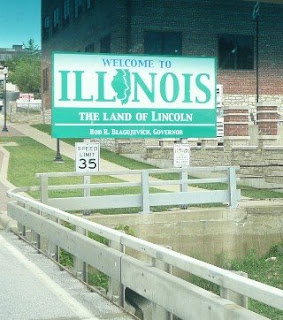 As we crossed the mighty Mississippi, we entered our 7th state which, we are told, will be substantially less hilly then MO.

Friday and Saturday we do a century each day. These could be tough days but we are hoping to see IL in all its glory.

Prayers to the west wind gods would be appreciated and of course, good vibes.

I too am sorry about the rain and the wind. I have been quite busy and just haven't prayed hard enough. I'll put forth more effort in the coming days. This is such a wonderful thing you are doing by letting us "ride" along side you vicariously. Keep up the possitive attitude as you continue to move east. With good vibes and prayers on weather; Happy 4th.
Tom Barney